R. J. Corman Switching Company, LLC was awarded work as the automotive loading provider at four of Toyota’s North American’s locations: Georgetown, Ky., Tupelo, Miss., Princeton, Ind., and San Antonio, Texas. R. J. Corman has performed work for the past seven years at the Tupelo plant and six years at the Georgetown plant, and this contract will continue the relationship through 2021. At both Princeton and San Antonio, R. J. Corman will begin operations on January 1, 2019.

R. J. Corman began working with Toyota when the switching company started a turn-key operation for the Tupelo plant. Currently, they switch, prepare and load railcars, and provide track maintenance. Since 2011, R. J. Corman has handled approximately 2,000,000 Toyota vehicles. As the automotive loading provider, R. J. Corman will be handling all new vehicles produced by Toyota nationwide, as well as providing rail switching and track maintenance services under the new contract.

“This was a team win for R. J. Corman. It was a cumulative effort from all of the core leadership at the company, and is a direct result of the safe, high-quality work that our employees provide to Toyota and others”, said Chris Stevens, Vice President of Operations for R. J. Corman Switching Company. “This will expand on our rapport with the great team at Toyota, and we look forward to a long and successful relationship with this remarkable client.”

R. J. Corman is providing and maintaining locomotives, work trucks, fleet vehicles and additional pieces of specialty equipment between all four locations. R. J. Corman will also expand the workforce at the Georgetown location by 40 employees, and will bring on 85 employees at the Princeton location and 75 employees at the San Antonio location.

“R. J. Corman has proven performance in the areas of quality and safety in our current operations,” said D’Anne Duclos, Vice President, Toyota Logistic Services. “We look forward to our continued partnership in additional locations.”

R. J. Corman Switching Company was formed in 2001 with one location and seven employees. Including the two additional Toyota locations that will soon begin operations, the company will have grown to 23 divisions with approximately 600 employees by 2019. With its proven record of safe and efficient operations and focus on best-in-class service, R. J. Corman Switching Company will continue to look for opportunities to grow the services provided to current and future customers.

About Toyota
Toyota (NYSE:TM), creator of the Prius hybrid and the Mirai fuel cell vehicle, is committed to building vehicles for the way people live through our Toyota and Lexus brands. Over the past 60 years, we’ve built more than 36 million cars and trucks in North America, where we operate 14 manufacturing plants (10 in the U.S.) and directly employ more than 47,000 people (more than 37,000 in the U.S.). Our 1,800 North American dealerships (nearly 1,500 in the U.S.) sold nearly 2.7 million cars and trucks (2.4 million in the U.S.) in 2017 – and about 87 percent of all Toyota vehicles sold over the past 16 years are still on the road today. 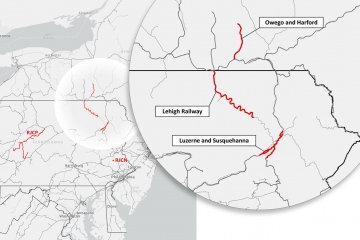 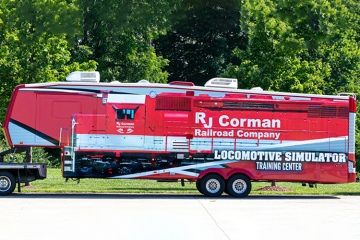 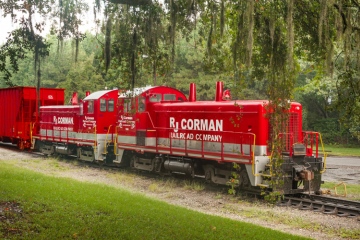