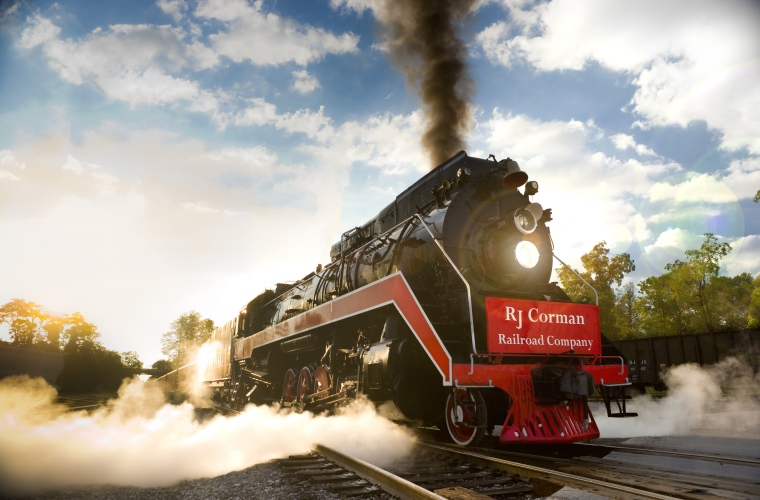 The steam engine, charmingly called “Old Smokey,” is being donated to the non-profit, Kentucky Steam Heritage Corporation. While it is bittersweet to see this locomotive go to a new home, R. J. Corman is excited to make this train accessible to as many people as possible for education and inspiration. Old Smokey will become part of the Kentucky Rail Heritage Center’s rail museum in Irvine, KY.

In 2007, the steam engine’s purchase was initiated by R. J. Corman Railroad Group founder, the late Rick Corman. It was purchased by R. J.  Corman from the Railroad Development Corporation based in Pittsburgh which had acquired three Chinese QJ engines. The decision to purchase this steam engine was “nostalgic in nature,” according to Mr. Corman, “How do you know where you’re going if you don’t know where you’ve been?” One of the leadership model principles that the R. J. Corman company operates on is embracing the future while building on the past.

Some have wondered why Mr. Corman chose a Chinese made locomotive over an American made engine when searching for a classic piece of equipment. It has been decades since American railroads used steam engines, but China relatively recently converted to diesel engines, so even though Old Smokey looks antique it is anything but that. Old Smokey was built in 1986 and was hauling coal and/or passengers until 2005, whereas American-made steam engines were either in museums or scrap yards during that timeframe. Additionally, although the steam engine was built in China it was based on a 1920’s American design. During the purchase, Mr. Corman commented, “Steam engines aren’t very efficient, but they have character and people love them!”

It took a little over seven months to make all the purchase and transportation arrangements for the 140-ton engine and 40-ton tender car’s journey from Jinzhou, China to the Bluegrass State of Kentucky. Upon its arrival at the R. J. Corman Central Kentucky Lines, the train was one of only three QJ class steam locomotives in the U.S. It was also one of two operating steam locomotives in Kentucky, and it had been 50 years since a steam engine operated in Central Kentucky.

After being inspected and spruced up, the 2000 horsepower engine made its inaugural run on May 24, 2008. Since then the locomotive has been used for group tours and for operation during special occasions. Old Smokey has brought joy to many over the years. Donating the locomotive to the Kentucky Steam Heritage Corporation will ensure that this priceless piece remains as a symbol of heritage, innovation, and progress. Old Smokey will be transferred to the non-profit in early April. R. J. Corman will also be donating a glass structure used to house the engine.

“We are thrilled to continue the partnership that we have formed with R. J. Corman, and these recent donations are a welcomed addition to our project in Estill County. Both the steam locomotive and the glass building that once housed it will be key features in our developing community campus in Irvine. We are grateful to Ed Quinn and all the fantastic people in Nicholasville for the support of our endeavor, and we look forward to incorporating the legacy of Rick Corman and his company into the Kentucky Rail Heritage Center.” - Chris Campbell, President Kentucky Steam Heritage Corp.

R. J. Corman is happy to make this steam engine accessible to the public and thereby promote the mission of the Kentucky Steam Heritage Corp to educate, entertain and inspire past, current and future generations by operating historic rail equipment. “Donating Old Smokey is one way we can give back to the community and continue to share Rick Corman’s vision and legacy. We see this as a way to honor the giving spirit Rick instilled in this company from the beginning.” – Ed Quinn, R. J. Corman President and CEO 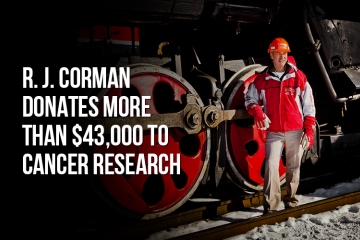 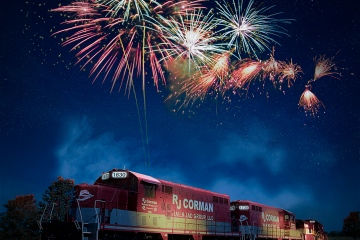 R. J. Corman to Host Nicholasville Fourth of July Fireworks Display at its Headquarters on US 27 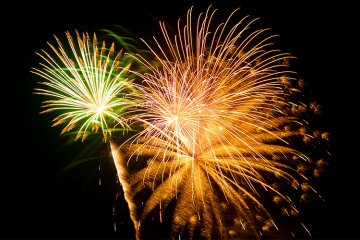 There Will Be Fireworks in Nicholasville This Fourth of July