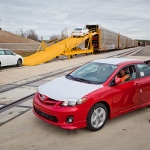 R. J. Corman Switching: Toyota Tupelo
The R. J. Corman Railroad Switching Company has provided switching services as well as shuttle and railcar loading for Toyota Motor Manufacturing MS in Blue Springs, MS since 2011. Their operations are focused on loading and unloading large groups of cars and fulfilling unique customer requirements. For Toyota Blue Springs, they get involved immediately after production by taking the vehicles right off the production line to the trucks or railcars and loading the vehicles for transportation. Over 600 cars were handled by R. J. Corman, daily in 2018. 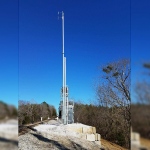 R. J. Corman Signaling: PTC Support for Class 1 Railroads
R. J. Corman Signaling has met the demands placed on the railroads by providing PTC installation and support to several Class I and short line railroads in 2016 and 2017. Over 60,000 miles of rail network needed to be developed, installed and the technology tested to make rail transportation even safer than it already was by automatically stopping a train before accidents occur. Positive Train Control (PTC) became required in 2008 when Congress passed a mandate requiring privately owned railroads to have the technology installed by 2018. 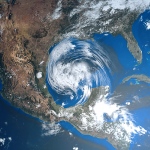 R. J. Corman Storm Team: Company Efforts for Hurricanes Harvey and Irma
In August 2017, out of the Atlantic Ocean, Hurricane Harvey formed and made its way toward the United States coast. As a Category 4 storm, Harvey hit Texas and Louisiana on August 25th and began pouring down torrential amounts of rain on the states. Some areas hit by the storm got up to 40 inches of rain, and a 1-in-1,000-year flood submerged 30% of the City of Houston and nearby towns. Between the winds, rain and flooding, Hurricane Harvey left a wake of destruction in Texas from Corpus Christi to Beaumont. 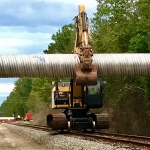 R. J. Corman Switching: Failed Culvert Caused by Hurricane Floods
Hurricane Irma struck the Florida Coast on September 10 before degrading into a remnant low over Alabama and subsequently dissipating on September 13 over Missouri. During that time, large amounts of rain fell across the state of Georgia as well. In Jesup, severe flooding caused a culvert to fail at the primary rail interchange at Rayonier Advanced Material which is served by R. J. Corman Switching Company. Eighty-five percent of the mill’s revenue flows through this interchange point, and the customer was concerned about delayed rail cars and shipments. 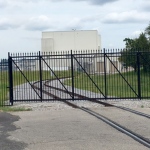 R. J. Corman Railroad Company: Proudly Serving J. M. Smucker
For nine years, R. J. Corman Railroad Company served the J.M. Smucker jelly plant on their Tennessee Terminal, but the plant slowly began to decrease the production of its fruit spreads. Smucker’s announced in 2010 the plan to close the jelly plant in Memphis, Tennessee by the summer of 2013, and instead, was going to invest more into the facility in Orrville, Ohio, where the company is based. However, in early 2013, Smucker’s representatives from Ohio contacted R. J. Corman to gain insight on a potential peanut butter plant site. Immediately we showed them the rail line that was serving the jelly plant in Memphis, Tennessee. 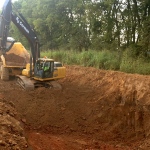 R. J. Corman Railroad Company: Beginning Service to Hankook Tire
Hankook Tire built their first manufacturing facility in the United States in Clarksville, Tennessee. The company has 8 locations worldwide, but decided when they built the Tennessee facility to start receiving their material by rail for the first time. R. J. Corman Railroad Company began construction on a rail spur in March of 2015, building track on the inside of the facility and out to their Memphis Line. 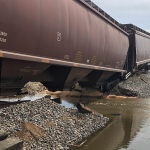 R. J. Corman Railroad Services: The Washout in Bisbee, North Dakota
Two railcars derailed in Bisbee, North Dakota on April 3, 2017 due to a track washout, and the railcars became submerged in a swamp that was nearby. R. J. Corman Railroad Services was contacted when the emergency occurred, and the Billings and Fargo Divisions of Railroad Services were sent in to help. In order to get to the derailment site, the crew had to build an access road in the swamp for the equipment to reach the derailed cars and to keep from sinking into the swamp themselves. An excavator dumped rock along a path, and riprap was placed for support with swamp mats on top. 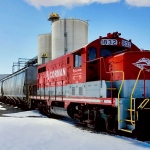 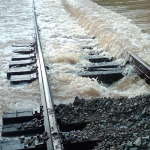 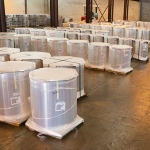 R. J. Corman Distribution Centers: Storing and Shipping Cold Rolled Aluminum Coils for Constellium-UACJ
In September of 2016, Constellium-UACJ opened in Bowling Green, Kentucky. Constellium is an aluminum production facility that provides parts for the automotive industry. The R. J. Corman Distribution Center in South Union, KY stores and ships the aluminum coils, which weigh up to 45,000 pounds, into the Kentucky Transpark for the plant.  The coils are then used to produce finished aluminum body sheets which will be used at major automotive manufacturers. 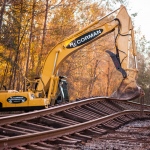